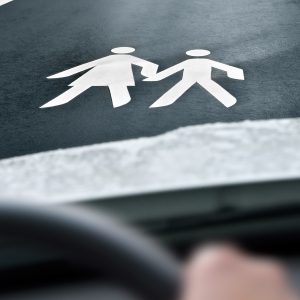 Because Los Angeles streets are typically so crowded, it is very common for residents to travel on foot and walk to get where they need to go. Even now, with the current COVID-19 crisis, people still need to walk either for exercise or to get necessities at the store or visit the doctor. Anytime cars and pedestrians are in the same area, it is possible that there could be a pedestrian accident that results in injuries or even the death of the pedestrian.

According to ABC 7 News, pedestrian accidents were continuing to grow in the Los Angeles area at the beginning of 2020. While there may currently be a slight decline because there is less traffic on the roads due to the COVID-19 pandemic, these accidents still happen. When a traffic accident involves a pedestrian and a car, it usually results in very serious injuries or death to the pedestrian. Though sometimes a pedestrian accident is caused by a pedestrian, more often than not these accidents are caused because drivers are not paying attention. LAPD deputy Moses Catillo stated, “we’re really tired of having to tell loved ones that their family is either severely injured or dead” because of the dramatic increase in accidents involving pedestrians. In 2019, “more than half of the nearly 250 traffic deaths in the city of Los Angeles involved pedestrians” and “three-quarters of the deadly hit and runs in the city involved pedestrians.”

END_OF_DOCUMENT_TOKEN_TO_BE_REPLACED

Earlier this year a driver of a Toyota Tacoma drove onto a sidewalk in Fullerton, injuring nine pedestrians. One of the pedestrians, Sara Polanco, was seriously injured—she was hospitalized with a shattered pelvis and lacerated liver.

Polanco has now filed a Southern California personal injury lawsuit to be compensated for the hundreds of thousands of dollars in medical bills she has incurred as a result of her injuries. In this suit Polanco has looked beyond just the driver that hit her to two Lyft drivers who were parked on the street the night of the accident. According to Mercury News, Polanco is “alleging that two of [Lyft’s] ride-share drivers were illegally parked and may have helped cause the traffic incident.”

The lawsuit claims that one of the Lyft drivers suddenly stopped while looking for directions for his passengers, causing the Tacoma driver to strike the Lyft and lose control. Then, a “second Lyft driver…abruptly and unsafely stopped to pick up passengers, then suddenly struck the back of [the Tacoma] causing it to further lose control and end up on the sidewalk where the nine pedestrians were struck.” Polanco believes that the Tacoma driver would have never lost control and hit her had the Lyft drivers not been stopped illegally. She argues the Lyft drivers were “disregarding the safety rules of the road in the operation of their Lyft vehicles” and therefore, Lyft should be liable for her injuries.

END_OF_DOCUMENT_TOKEN_TO_BE_REPLACED

When should the police enter into a high speed chase to catch a fleeing suspect?

How should the police balance trying to apprehend a fleeing suspect with the risk of injury to bystanders in cars and who are pedestrians?

What should be the guidelines for police dangerous high speed car and motorcycle chases?

END_OF_DOCUMENT_TOKEN_TO_BE_REPLACED

A recent Ventura County hit-and-run that occurred in the Thousand Oaks High School parking lot left a school activities assistant, Lisa Solis, in critical condition. The incident occurred during a Friday night basketball game at the school. According to KTLA 5 News, Solis confronted a 16-year-old male student after she caught him stealing from the concession stand at the game.

After Solis confronted the student, he got into his car with four other passengers. Solis stood in front of the car and told the student not to leave because of the suspected stealing. Police reported that the student instead “proceeded to drive his vehicle, ‘deliberately’ striking Solis, running her over, and [fled] the scene.”

Solis was immediately taken to the hospital in critical condition from her serious personal injuries suffered in this intentional Thousand Oaks hit-and-run. Police were able to locate the vehicle and driver near his home, and he was detained on suspicion of assault with a deadly weapon.

END_OF_DOCUMENT_TOKEN_TO_BE_REPLACED

In the early hours of the morning, in a busy area of Fullerton, a driver of a Toyota Tacoma drove up onto the sidewalk hitting 10 pedestrians. The location of the incident was downtown near several restaurants and bars, so hundreds of people were out on the streets. When the accident occurred, several of the victims were trapped underneath the truck.

ABC 7 News reported that when police arrived at the scene, nearby good Samaritans were attempting to help the victims. With the help of these people, officers were able to lift the truck up enough to free the injured pedestrians trapped underneath. Emergency response personnel immediately began life-saving measures on the victims. Ultimately, 10 victims were rushed to local trauma centers with moderate to critical personal injuries.

Perhaps the most devastating aspect of this incident is that it could have been totally avoided. According to police reports, the Tacoma driver, 22-year-old Christopher Solis of Anaheim, was driving under the influence of drugs when the crash occurred. It appeared he had an argument with some other individuals and got in his to drive away. In doing so, he hit another vehicle, then panicked and tried to run—in this attempt to flee, he drove up on the sidewalk causing this serious pedestrian accident. Mr. Solis was placed under arrest for felony DUI causing great bodily injury.

END_OF_DOCUMENT_TOKEN_TO_BE_REPLACED

The Redondo Beach intersection of Aviation Boulevard and Grant Avenue was the scene of a tragic hit-and-run accident this past weekend. According to Fox 11 News, the accident occurred Saturday night just after 9:00 p.m. A 21-year-old woman, Angelina Pinedo, was crossing the street with her sister when she was struck by a black Audi Q5, which then failed to stop and fled the scene.

Tragically Pinedo was pronounced dead at the scene. The sisters were crossing a crosswalk at the time the incident occurred, but the black Audi drove through the intersection without stopping. Pinedo was visiting her sister while on break from school at San Francisco State University. Police immediately began an investigation to find the driver behind the incident.

By Monday morning, the police reported they had located an Audi SUV with damage to the front end, the windshield, and hood. This led the police to further investigate the car owner and Leila Gonzalez, also 21-years-old, was arrested. “Detectives say she admitted she was driving the vehicle involved in the collision.” She was booked at the Redondo Beach jail on felony hit-and-run resulting in death/injury and is being held on $50,000 bail. Redondo Beach Police have asked for anyone who witnessed the accident, or anyone with more information about the incident, to contact them right away.

END_OF_DOCUMENT_TOKEN_TO_BE_REPLACED

When it comes to hit-and-run pedestrian accidents, most often we think of an incident involving a vehicle. However, a new California law, which goes into effect with the new year, makes it a crime for a bicyclist to hit a pedestrian while on a bike path and flee the scene.

According to the Daily Bulletin, the law already applied to cyclist/pedestrian accidents on the road, but is now expanded to cover accidents on bike paths as well. Under the new law, “a bicyclist who strikes a pedestrian on a bike path causing injuries or death will now have to stay put, helping the injured person if possible and waiting for police” or else face criminal charges like a hit-and run motorist would face.

The new law was encouraged after several incidents of cyclist/pedestrian accidents along bike paths—pedestrians were hit and left injured on the path, while the cyclist rode away with no legal consequences to prevent them from doing so. One example was 61-year-old Bill Finbeiner who was hit by a bicyclist while walking along a path. He suffered “a fractured skull, a broken nose, facial fractures, a broken left hand and a broken left thumb, in addition to having two teeth knocked out and the back of both hands torn up.” However, it wasn’t a crime to hit someone and leave, so the cyclist rode away.

END_OF_DOCUMENT_TOKEN_TO_BE_REPLACED

The pedestrian was thrown onto the asphalt roadway, and hit his head causing major head trauma. Police and medical personnel responded to the scene and found the pedestrian in critical condition. He was airlifted to Inland Valley Medical Center, where he died later that day.

Police will continue to investigate the incident, to determine what exactly caused the accident. It appears that the golf cart driver may have simply not been paying attention to the road or the pedestrian. Still, this does not excuse the golf cart driver from liability for this wrongful death accident.

END_OF_DOCUMENT_TOKEN_TO_BE_REPLACED

FOX40 reported that Mr. Belanger has been working as a crossing guard for the past three years. The accident happened around 7:30 a.m., so there were many parents dropping their kids off at school. Police responded to the incident and closed the roads around the school. Because the driver of the SUV stopped at the scene, police are not treating this incident as a hit-and-run accident.

It does not appear the driver, who was also in his 50s, was intoxicated at the time of the collision, but police are still investigating the cause. Mr. Belanger was rushed to the hospital with possible life-threatening injuries. The woman pushed out of the way was not injured thanks to Mr. Belanger’s heroic act. We wish Mr. Belanger a speedy recovery.

END_OF_DOCUMENT_TOKEN_TO_BE_REPLACED

A Van Nuys pedestrian accident this week caused the death of veterinary nurse, Pamela Ramos. According to ABC 7 News, 27-year-old Ramos was out walking her neighbor’s dog when she was fatally struck by a black Camaro.

The Van Nuys pedestrian accident occurred in the early morning hours, around 2:45 a.m. Ramos was crossing the street when the black Camaro, traveling north on Burnet Avenue, hit her. The driver called 911 and stayed at the scene to cooperate with officers. Officers at the scene said the neighbor’s dog was not hurt in the incident.

Ramos’ brother stated, “my sister was a very loving person, she loved animals, she would help others before helping herself, a very genuine person.” The investigation into what happened in this early morning accident is ongoing. At this point, investigators do not believe the driver was speeding or under the influence, however they will continue to work to determine the cause. We offer our condolences to the Ramos family for their loss.