On Thursday, October 22, 2020, DUI and manslaughter charges were filed as a result of the August 22, 2020, crash involving vehicles operated by Issac Valentino De Luna and  decedent, Ben Romayor.

Reportedly, at about 6:30 a.m., on August 22, 2020, a  2017 BMW car allegedly driven by Issac Valentino De Luna, age 20, collided head on with a 1995 Ford vehicle, driven by Ben Romayor, age 68, on Harris Grade Road, south of Burton Mesa Boulevard, according to California Highway Patrol Officer Kelly Valdez.   This was an alcohol involved vehicle crash that resulted in the wrongful death of vehicle operator, Ben Romayor.

END_OF_DOCUMENT_TOKEN_TO_BE_REPLACED 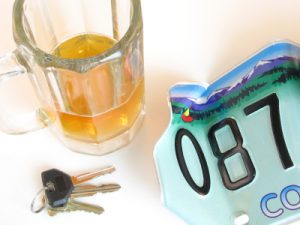 END_OF_DOCUMENT_TOKEN_TO_BE_REPLACED

In our Los Angeles personal injury law practice, we help many victims of accidents involving intoxicated drivers. We know that many people will be celebrating St. Patrick’s day with some beer or whiskey. Please remember not to drink and drive. Not only will there be many police checkpoints, but the damages caused by drunk drivers can be catastrophic.

If you are planning on drinking today, make sure you have a designated driver who will stay sober. If not, go somewhere within walking distance or use a ride sharing service like Uber or Lyft. They can usually pick you up all over Los Angeles and the prices are very reasonable.

Please make sure not to be a drunk driving statistic and have a happy St. Patrick’s Day!

The rise in drunk driving accidents on the 4th of July is partly due to the fact that schools and most businesses are closed, so there are more people on the road. This, combined with the many 4th of July parties around Los Angeles, often involving large amounts of alcohol, contributes to many Los Angeles car accidents.

It is also important to note that many police agencies around California will be setting up DUI checkpoints, to try to catch drunk drivers before they cause a Los Angeles car accident.

END_OF_DOCUMENT_TOKEN_TO_BE_REPLACED

This Saturday is Saint Patrick’s Day, a holiday recognizing Saint Patrick, a patron saint of Ireland. As the holiday is often associated with the lifting of restrictions on drinking alcohol, this is a day that many people will be drinking throughout Los Angeles County. This holiday, combined with the rain showers that are expected throughout the weekend, can lead to heightened car accident dangers on the roads.

We at Gary K. Walch, A Law Corporation, wish to remind our readers to be extra cautious when driving this weekend. As with most holiday weekends, there will be people drinking and driving. It is important to remember that no matter how short the trip, or how costly the transportation, never drink and drive. If you plan on drinking, make sure you have a designated driver or can arrange for a taxi or other transportation. The cost of a taxi is always cheaper than a DUI arrest or, even worse, a drunk driving car accident.

If you are intoxicated and cause a Los Angeles car accident, not only will you be financially responsible for any personal injuries you cause, you may also be subject to criminal liability, which may include jail or prison time. It is anticipated that the Los Angeles Police Department will set up checkpoints throughout the city to try to preemptively stop drunk drivers, before they cause a car accident in Los Angeles.

END_OF_DOCUMENT_TOKEN_TO_BE_REPLACED

A Woodland Hills man was arrested early Saturday morning after allegedly causing a Malibu car accident. According to the Los Angeles Times, the Malibu accident happened on Pacific Coast Highway, after two L.A. County Sheriff deputies had just returned to their squad car from a sweep of the beach. Once in the car, the man, Mark Liebrecht, who was arrested for driving under the influence, apparently rear ended the stopped police car and pushed it down an embankment and into the ocean.

The car accident in Malibu resulted in injuries to the two sheriff deputies, who were rescued by fire personnel. The Malibu rear end car accident injuries included a serious lumbar injury to one of the officers, while the other officer sustained a shoulder injury as well as an injured clavicle.

END_OF_DOCUMENT_TOKEN_TO_BE_REPLACED

Starting this weekend, the Los Angeles Police Department, in an effort to prevent Los Angeles drunk driving accidents and injuries, will be setting up checkpoints throughout the city. The checkpoints, designed to catch drunk drivers before they are in a Los Angeles car accident, will be up from 8pm until 2am and this particular program will go through the Labor Day extended weekend.

The L.A. Times cites the National Highway Traffic Safety Administration which provides that in 2009, there were 10,839 accident deaths in car and motorcycle accidents where a driver was legally intoxicated. The most common age group for these fatalities was 21 through 24 years old.

END_OF_DOCUMENT_TOKEN_TO_BE_REPLACED

A personal injury judgment of 4.9 million dollars has been awarded against Barron Hilton, the brother of Paris Hilton, for causing a Malibu car accident. The judgment orders Mr. Hilton to pay 4.6 million dollars for pain and suffering to a gas station employee who was struck by Mr. Hilton’s vehicle, allegedly while Hilton was driving drunk.

According to reports, Mr. Hilton was driving erratically in Malibu, including on the wrong side of the road on Pacific Coast Highway, before pulling into a gas station where he struck Fernando Tellez with his Mercedez-Benz. Mr. Hilton’s blood alcohol level at the time of the car accident in Malibu was .14%, which is significantly above the .08% limit in California.

END_OF_DOCUMENT_TOKEN_TO_BE_REPLACED

Denis Alberto Reyes has been sentenced to 18 years in prison for causing a Long Beach Wrongful Death Accident that killed four people. Reyes, who was driving a stolen car, was apparently involved in a drag race with a Mustang, when the two vehicles collided.

According to the Los Angeles Times, the Long Beach accident caused the ejection from the vehicle of the driver of the Mustang and two passengers. All three died from the Long Beach car accident, as well as another passenger who died later at a hospital.

Reyes, who was 17 at the time, and fled the scene of the car accident in Long Beach, was later arrested. He pled no contest to four counts of gross vehicular manslaughter while intoxicated, one count of car theft and hit and run causing death.