March 3, 20120 is known as Super Tuesday because it’s the date 14 states hold their primary elections, including California.   Because of the high number of states and delegates up for grabs, whoever becomes the nominee of the Democrat Party to be President of the United States may be determined by the Super Tuesday votes.  And remember in addition to President, there are many other offices and measures being voted on, including our representatives for Congress  (known as the United States Representative), Los Angeles County District Attorney, many Judges of the Superior Court, and various county measures.

California used to hold its primary in June, but because so many other states held their primaries earlier and the nominees were sometimes already decided, California moved its primary up to early March to become more relevant.

Four (4) places open near our law offices in Calabasas since February 29, 2020 are at the Multi-Purpose Room of A C Stelle Middle School, 22450 Mulholland Highway, Calabasas CA 91302; Room One of the Calabasas Tennis and Swim Center, 23400 Park Sorrento, Calabasas CA 91302; Country House Room of the Motion Picture & TV Fund, 23388 Mulholland Drive, Woodland Hills, CA 91364; and the Multi-Purpose Room of the fairly new Calabasas Senior Center, which is located almost across the street from our law offices at 300 Civic Center Way, Calabasas, CA 91302.

For a listing of all voting locations, you may visit LAVote.net.

Voting ends today at 8 p.m., so if you did not vote yet, we urge you to do so as soon as possible and before 8pm today.  Some people believe voting is a duty.  We prefer to think of it as a wonderful privilege that should be exercised in our democratic republic.

And while we urge all those eligible to vote, remember you do not have to vote for every office or measure on the ballot.  In fact, we suggest voting on only the offices and measures you know something about.  While some may vote for other reasons, such as they just like the sound of someone’s name, we suggest that is not a good reason to vote for that person.

Also, query if there should be early voting, especially when we have seen some famous people running drop out at the last minute – for example Pete Buttigieg (aka Mayor Pete) dropped out Sunday and Amy Klobuchar dropped out late yesterday.   Some wonder if they voted for them or anyone else who dropped out if they can vote again and the answer is NO.  So is it wise to vote early when such changes occur close to the election deadline and after you have already voted?  Certainly many folks who voted for Pete Buttigieg or Amy Klobuchar would vote for someone else if they were voting today instead of casting their votes early.

And while historically some areas have been known to have the motto “Vote Now and Vote Often” or “Remember to Vote and Vote Often”, we remind you that each citizen eligible to vote may only vote once in each election and it is a crime to vote more than once.

It will be interesting to see the results, especially because who wins often affects consumer rights and the rights of victims of injury accidents and the families of those killed in accidents.  Should you have any questions about any of this we invite you to send us an email to info@WalchLaw.com or call us at 1.866 INJURY 2 or 1.818.222.3400.

Thanks and have a great day! 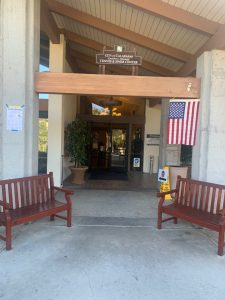