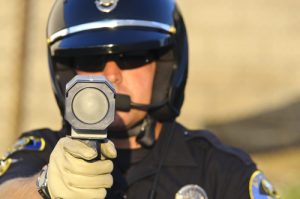 The stay at home orders due to the current COVID-19 pandemic have meant fewer drivers on Los Angeles roads and roads statewide. However, according to the Los Angeles Daily News, the number of drivers pulled over for driving at speeds higher than 100 mph has increased dramatically, by 87%, in the first month of the stay at home order.

California Highway Patrol issued 2,493 citations to drivers driving 100mph or more from March 19th to April 19th. During the same time last year, only 1,335 citations of this kind were given out. Officers believe this increase in fast driving is due to the roads being “deserted by California standards.”

Though the number of car accidents has decreased due to fewer cars on the road, if an accident does occur with a driver going speeds over 100 mph, the accident is likely to be much more severe. CHP stated that “higher speeds can lead to much-more-serious injuries and significantly increase the chance of death should a crash occur.” A driver going these speeds will likely face criminal consequences such as a traffic ticket or charge of reckless driving, but can also be found civilly liable if another person is harmed. If a driver going these extreme speeds causes an accident and someone else is hurt or killed, they can be held responsible for the personal injuries or wrongful death of the victim.

In a Los Angeles personal injury claim the injured victim has to prove that another driver was negligent and that the driver’s negligence caused the victim’s injuries. When it comes to car accidents, showing that the driver was driving at an excessive speed, well beyond the speed limit, is one way to show that the driver was being negligent. Other actions by a driver that generally show negligence include driving while under the influence, reckless driving,

In a Los Angeles wrongful death claim, the process is very similar. In a wrongful death claim, the victim’s family members bring the claim on behalf of their lost loved one. By showing that the driver’s excessive speed caused the accident that resulted in the death of their loved one, the family would be able to be compensated for their loss. Wrongful death damages are awarded to the family for the costs associated with their loss, including medical bills, funeral and burial expenses, loss earning capacity, as well as pain and suffering and other damages allowed under California law.

We hope that everyone can stay safe and healthy both by staying home to avoid the virus and by choosing to drive safely. If you are hurt in a Los Angeles car accident due to the choice of another driver to speed or drive in any other reckless way, please contact the knowledgeable and compassionate Los Angeles personal injury attorneys at Walch Law. We have years of experience helping clients through personal injury and wrongful death claims caused by car accidents. We can assist you in bringing a claim so that you can get the financial recovery you are entitled to. We can help even during the current COVID-19 crisis, so call us today at 866-465-8792.